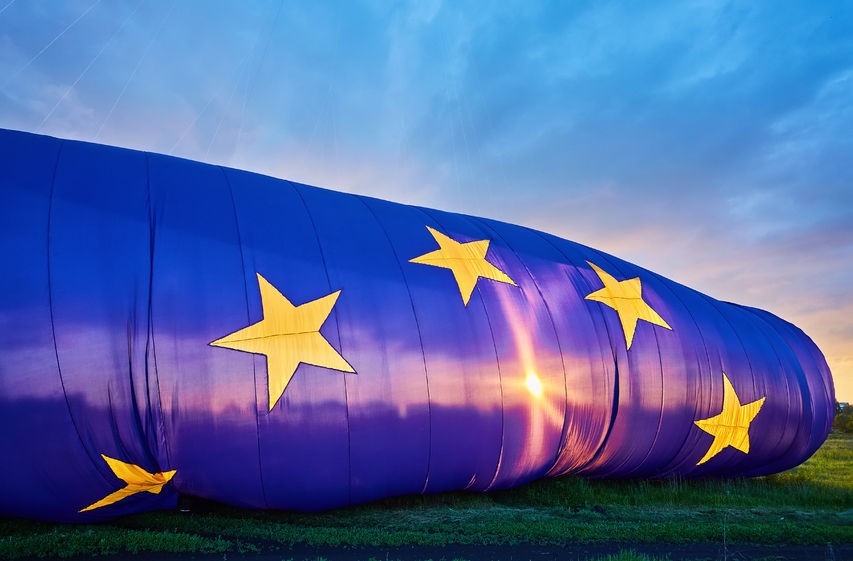 British campaigners working to convince their compatriots to vote in favor of the United Kingdom leaving the European Union recently unveiled a new poster in support of their cause. The poster reads simply, “Albania, Montenegro, Macedonia, Serbia and Turkey are joining the EU. Seriously.”

It’s a telling piece of propaganda in many ways, its patronizing and insulting attitudes aside. What is most striking about it is that it unwittingly undermines its own arguments about the value of the EU. The message the poster is attempting to communicate is that the EU is an organization that welcomes countries that are burdened with corruption, weak economies, unresolved ethnic and religious conflicts, and poor governance into its ranks, at the expense of more developed countries that will be forced to subsidize these inferior members.

But the truth is that the poster could very well serve as an advertisement about why European unity, in the form of the EU, is needed more than ever.

Overall, the polling showed that political parties fared the worst among domestic institutions in the third annual polling conducted for Advocacy for Open Government, an EU-supported project which seeks to encourage governments in the six countries to become more transparent.PASOS and its partners in six Western Balkans countries have, for three years, been measuring the levels of trust citizens of Albania, Bosnia and Herzegovina, Kosovo, Macedonia, Montenegro, and Serbia have in public institutions. According to the latest survey results, that level of trust generally dropped in 2015, with the most drastic declines seen in scandal-plagued Macedonia.

In Macedonia, respondents identified political parties and the government’s anti-corruption office as particularly untrustworthy. Only 10 percent said they had trust in the State Commission for the Prevention of Corruption, giving it the fewest number of people who said they had some level of trust in the institution. Meanwhile, political parties got the highest percentage of people who explicitly said they mistrust the institution.

“This relates mainly with the current political crisis in the country,” says Qendresa Sulejmani, an analyst with the Skopje-based Center for Research and Policy Making, which oversaw the project polling in Macedonia.

“In 2015, the opposition party released many wiretapped tapes of top government officials showing the criminal activities that government officials have engaged in and the politicization of institutions, such as the courts and the State Commission for the Prevention of Corruption, among others.”

Other countries in the region saw similar, albeit less dramatic, declines in public trust in other institutions, especially those touched by scandals. Other poll findings showed that:

Scandals and other examples of poor governance in the Western Balkans are to blame for the low trust citizens have for institutions that should be serving the public interest. And they also precisely show why the EU has flatly said that no new countries will be joining the union in the next five years, at a minimum.

Instead, it is the prospect of EU membership that provides the clearest roadpath for Albania, Montenegro, Macedonia, and Serbia to reform their institutions. EU membership conditions, indeed, offer what is perhaps the strongest incentive for these countries to rid themselves of corrupt practices, adopt principles of good governance, become more transparent, and increase public participation in policymaking.

So if and when the day finally comes that the poster’s language becomes reality and “Albania, Montenegro, Macedonia, Serbia and Turkey are joining the EU,” it will be because the EU provided the means for these countries to better their societies and prove their worthiness to join the union.

And the addition of such societies to the European project can only strengthen the union and demonstrate the power of its values. “Seriously.”