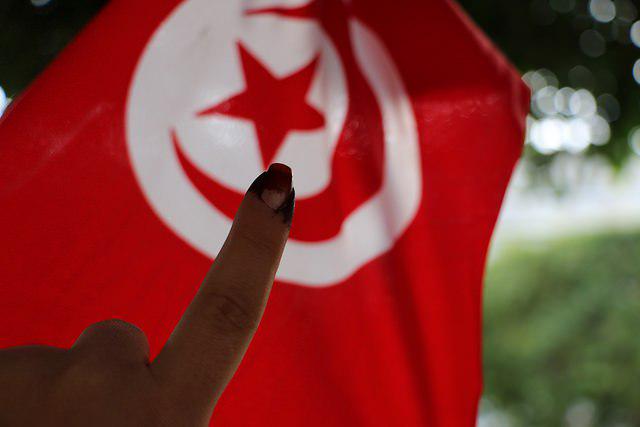 This year’s Nobel Peace Prize went to four key Tunisian civil society organisations, the so called Quartet. During the hot summer days of 2013, the small country at the Southern shores of the Mediterranean found itself on the verge of a profound political crisis. And few would have guessed at the time it would soon be celebrated as the only success story of the Arab Spring.

It was the national dialogue, brokered by the Quartet, that helped to overcome political deadlock, and for that the prize is well-deserved. Yet Tunisians are still having a hard time coping with some of the country’s most persistent socio-economic problems. And for many, the revolution has not yet finished.

But let me begin with why the Quartet received the Nobel Prize in the first place. The atmosphere at the National Constituent Assembly (NCA) was particularly tense on the 25th July 2013, the day of commemoration of the Tunisian Republic. The assembly has emerged as the new centre of political gravity after the revolution. It was elected to write a new democratic constitution, but it also kept legislative powers and controlled the government. On that day the MPs learned about the second political assassination in that year, that of their colleague and an opposition figure Mohamed Brahmi who was shot dead by an unknown gunman in front of his house in Ariana, Tunis’s residential neighbourhood.

At that time the relationship between the opposition and the governing ‘Troika’, a coalition dominated by a moderate Islamist party Ennahda, was already strained. In June, the government presented a draft of a new constitution, which was broadly criticised. Following Brahmi’s death, about 60 of the total 216 MPs walked from the NCA. Joined by hundreds of protesters, civil society activists and other personalities, the opposition launched a sit-in in front of the seat of the assembly in Tunis’s Bardo. They called for two things: the dissolution of the assembly and the stepping down of the Islamist-led coalition.

To the opposition, the Troika failed to prevent the assassinations and lost its legitimacy. Yet the government kept a comfortable majority in the assembly even after the withdrawal of several dozens of representatives and could have continued to work on the constitution without them. The NCA, after all, was elected democratically in recent elections and Ennahda was backed by a widespread voter support. Why should it let such a strong mandate go? A very recent memory from nearby Egypt must have also been frightening for the party’s leadership. In July, in what many deemed to be a coup d’état, the Egyptian military removed the elected president Morsi and put the Muslim Brotherhood members behind bars in mass.

With politicians unwilling to give up their positions, the situation on the streets became explosive. Ennahda supporters gathered close by the Bardo sit-in and the initial arguments with their opponents turned violent in places. Unrest quickly spread to poor regions in Tunisia’s interior where the Arab Spring has begun almost five years ago. A police station and an Enhhada office were set on fire in Siliana, and the clashes claimed their first victim in Gafsa where a protestor was reportedly killed by the police.

“We all were persuaded that it was necessary to act, to do something to defuse the confrontation,” recalled Mustapha Ben Jaafar, then president of the constituent assembly and the leader of Ettakatol, Ennahda’s leftist coalition partner. His speech at the plenary on 6 August in which he announced the suspension of the assembly – the only democratically elected institution in the country – “until a dialogue was launched” came as a shock to both the government and the opposition. Albeit risky, it was efficient: it appeased some of Ennahda’s most vocal critics and at the same time pressured the ruling party to enter a renewed dialogue.

Among the four organisations honoured by the Nobel Peace Prize was the Tunisian League for the Defence of Human Rights, the Tunisian Order of Lawyers, and the unions best known under the French acronym as the UGTT. The organisations played a central role in Tunisia’s post-colonial history and it was where the opposition gathered during the years of Bourguiba’s and Ben Ali’s autocratic rule. The League exposed human rights violations not uncommon under both the presidents. And by organising strikes and protests around the country, the unions’ rank and file was vital in pushing both Ben Ali to leave the country in January 2011 and forcing his last prime minister out of office in February same year.

The solid historical position and good contacts with politicians from left and right are what made the organisations ideal deal-brokers. The head of the unions, Houcine Abassi, is a well-respected personality and sort of a grey eminence of Tunisian politics. The three organisations, which mainly represent employees’ interests, then reached out to the Confederation of Industry, Trade and Handicrafts to bring employers on board. And the Quartet was born.

Long hours of talks between leaders of the Quartet and representatives of all the major political forces including those that did not present themselves in the past elections yielded its first results in October. The Quartet succeeded in breaking the stalemate and persuading everyone, including Ennahda, to sit together at one table and join the national dialogue. All parties were equally represented by two people irrespective of their electoral result, and their task was to reopen all the contentious issues that came up during drafting the constitution. Importantly, Ennahda also accepted the opposition’s major demand; that its government steps down and a new one composed of technocrats takes its place.

The efforts and dedication of the Quartet’s personalities to bring Tunisia’s politicians to a compromise at a table instead of seeking other, and maybe less peaceful, means to solve the crisis sure are remarkable and well worth the Nobel Prize. What shall not be forgotten is that if it wasn’t for the political will to make concessions on both sides of the barricade, and especially on the side of the ruling Ennahda party, even the best negotiator might have come back empty-handed.

Last Friday, social media was full of enthusiastic and proud comments about the new of the Nobel Prize. Yet others stayed more reserved. “It all looks nice, but we know well how things really are,” hypothesises activist Achref Aouadi. Together with his friends he founded an NGO called IWatch after the revolution, with the goal of keeping an eye on politicians’ and bureaucrats’ corruption practices so common under the former regime. And although he recognises some baby-steps towards more openness and transparency, the wide corruption networks stayed largely untouched.

He is not alone. A young engineer from Ariana, the district in Tunis where Brahmi was shot two years ago, also complains about corruption. He adds an account about continued harassment by police, one of the main pillars of Ben Ali’s power. To him, the Nobel Prize changes little about that.

But Tunisia is not just coping with the lengthy reform of the state apparatus, including the police and widespread corruption. The protests against Ben Ali that forced him to board a plane to Saudi Arabia started in long-neglected regions in inner parts of the country where people face poverty and experience the highest unemployment rate. Perhaps tellingly, it seems that it is also where religious extremists are most successful in recruiting young men to fight for the ISIS. Foreign tourists have already paid the price – almost forty people died in an attack on a holiday resort in Sousse in June, the second attack on foreigners that year. With tourists afraid to spend their holidays in Tunisia, the economic situation might turn even gloomier.

On the same day when foreign media were celebrating the role of the Quartet in Tunisia’s transition to democracy, few wrote about another – and much less optimistic – news event. A young man reportedly set himself on fire in a coastal town of Sfax, and although we know little about his motivations, for those who follow Tunisia’s politics it immediately brings memories of a similar incident that took place in 2010. Back then, a man whose name was Mohamed Bouazizi set himself on fire to protest police harassment, and unknowingly started the whole Arab Spring.

This is a sad reminder that the Jasmine revolution wasn’t just about democracy. People were also disenchanted with their country’s socio-economic situation. And to many, little has changed since. The Tunisians that I met saw their fellow countrymen receiving the Nobel Peace Prize as a time for reflection. And they agree that another revolution is yet to come.