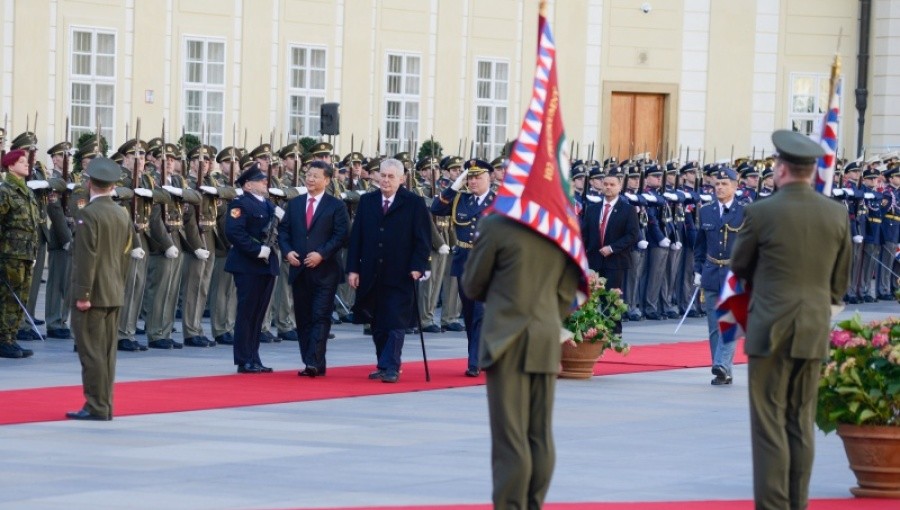 As was elucidated at a May 25 breakfast panel discussion hosted by the CFA Society Czech Republic in Prague, the Czech approach towards China has been a bit peculiar, veering from extreme hostility to extreme servility. The relationship has grown from almost zero to billions of euros in investments in just a few years and frequent high-level visits. The Czech government would like to play the leading role in China’s New Silk Road initiative –  a project to reconnect China with Eurasia and Europe by building huge infrastructure – and the 16+1 bloc paving the way for the Chinese to invest into the region. Achieving these goals will require quite some diplomatic manoeuvring, as the Czechs already missed the opportunity to become a permanent member of the Asia Infrastructure Investment Bank and lag behind other 16+1 countries in both Chinese investment and trade. In addition to the overly flattering policy practised by the Czech president, enhanced cooperation in business seems to be the right way in becoming a serious candidate for the “gateway to Europe” status.

Chinese companies are not mysterious enigmas and no special code is needed to read their investment intentions in the region. Consistent with their activities in the EU, they snap up stakes mainly in companies in energy, finance, logistics and real estate; only the ratio changes depending on resources and opportunities available in any given country. The Czech Republic is no exception. The Chinese investment group CEFC has already bought a 50% stake in J&T Finance Group, a 50% share in Travel Service airline and acquired representative premises in downtown Prague.

So what will be next steps for the Chinese in the Czech Republic?

When the first investment tide into the aforementioned usual suspects goes out, Chinese companies tend to focus on finding niche industries with sizeable comparative advantage, be it ICT in Israel, the chemical industry in Hungary or agriculture in Ukraine. In the Czech Republic it could be any industry that produces world-class innovation in fields encouraged by the Chinese government. Today, high-tech producers in aviation, bio-medicine, nanotechnology, ICT or environment protection enjoy significant Czech governmental support in the form of tax deductions and other incentives. Nevertheless, true Czech innovators, who are still a rare species, are wary of Chinese courtship: better, they think, to come up with a viable commercial application and succeed in the Western world first, before start swimming in the murky Chinese waters.